We believe that theatre can (and should!) be a regular part of children’s lives, and not a rare outing with the hassle and stress that it can involve. That is why we are bringing professional theatre closer to you and creating a magical theatre experience that is fun, stress-free and to be enjoyed by the whole family.

Our productions will always be convenient to reach and you will be encouraged to relax and enjoy the show knowing that the children (and babies!) are being stimulated, inspired and enriched.  The production itself will integrate live action, original music and projections on the big screen based on illustrations from the book. This will bring the book to life in a completely new way, while still remaining true to its original spirit.

With high quality productions and the unique Ga Ga experience, we aim to create memorable childhood experiences which you can share and enjoy together with friends and family.  We really hope that you enjoy the Ga Ga experience and look forward to welcoming you back again and again!

Theatre and dance have been my favourite hobbies ever since I was a little girl. My first starring role was Molly the orphan in Annie when I was 6 years old. I was asked to mime the singing bits, which won’t surprise anyone who knows me! I loved drama and dance but sadly the vocals never improved, so I decided to do a Law degree at Exeter University instead, doing dance and Footlights theatre group in my spare time (i.e. when I should probably have been studying!).

I qualified and then worked as a lawyer in London for 10 years; During that time I married my wonderful husband and had two super pocket-rocket boys.

I have been taking our boys along to the theatre ever since our eldest son was 6 months old. It still amazes me how engaged and engrossed they become in the performances, and the wonderfully imaginative role-play games they invent for weeks after the performance. Although I love these theatre trips, it often feels like a huge effort.

When my mum passed away in November 2011, I felt a pressing urge to somehow keep the memory of her alive. My mum loved theatre and Ga Ga is the name our son had adopted for her because he was too young to pronounce Grandma! I felt so excited by the idea of creating a more regular, local, stress-free theatre experience that would capture children’s huge imaginations and genuinely entertain adults at the same time.

In May 2012, Katie and I founded Ga Ga Theatre together and we were thrilled to launch our first production later that year to sell out audiences. Soon after this, I left my job as a lawyer so that I could commit all my energy to Ga Ga and neither of us have looked back since.

As mum used to say to me….. “If you can imagine it, you can achieve it. If you can dream it, you can become it” – William A. Ward 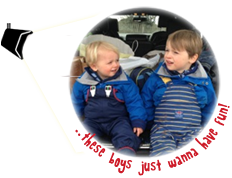 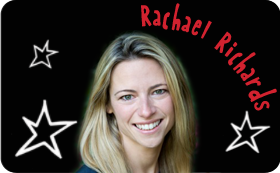 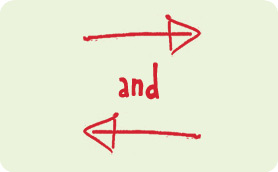 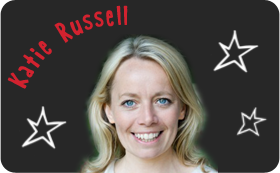